Not Allowed for Algorithmic Audiences, 2021 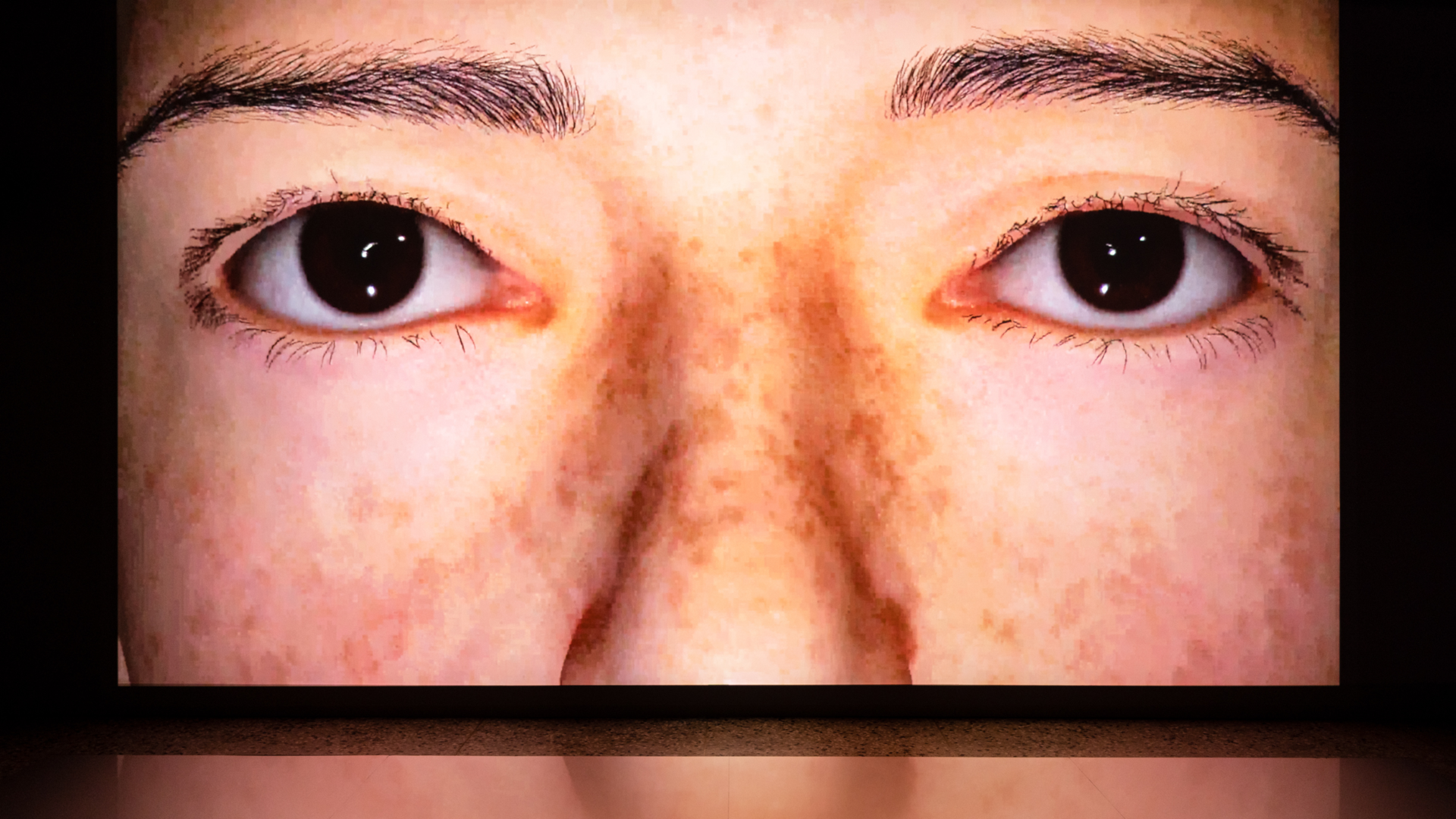 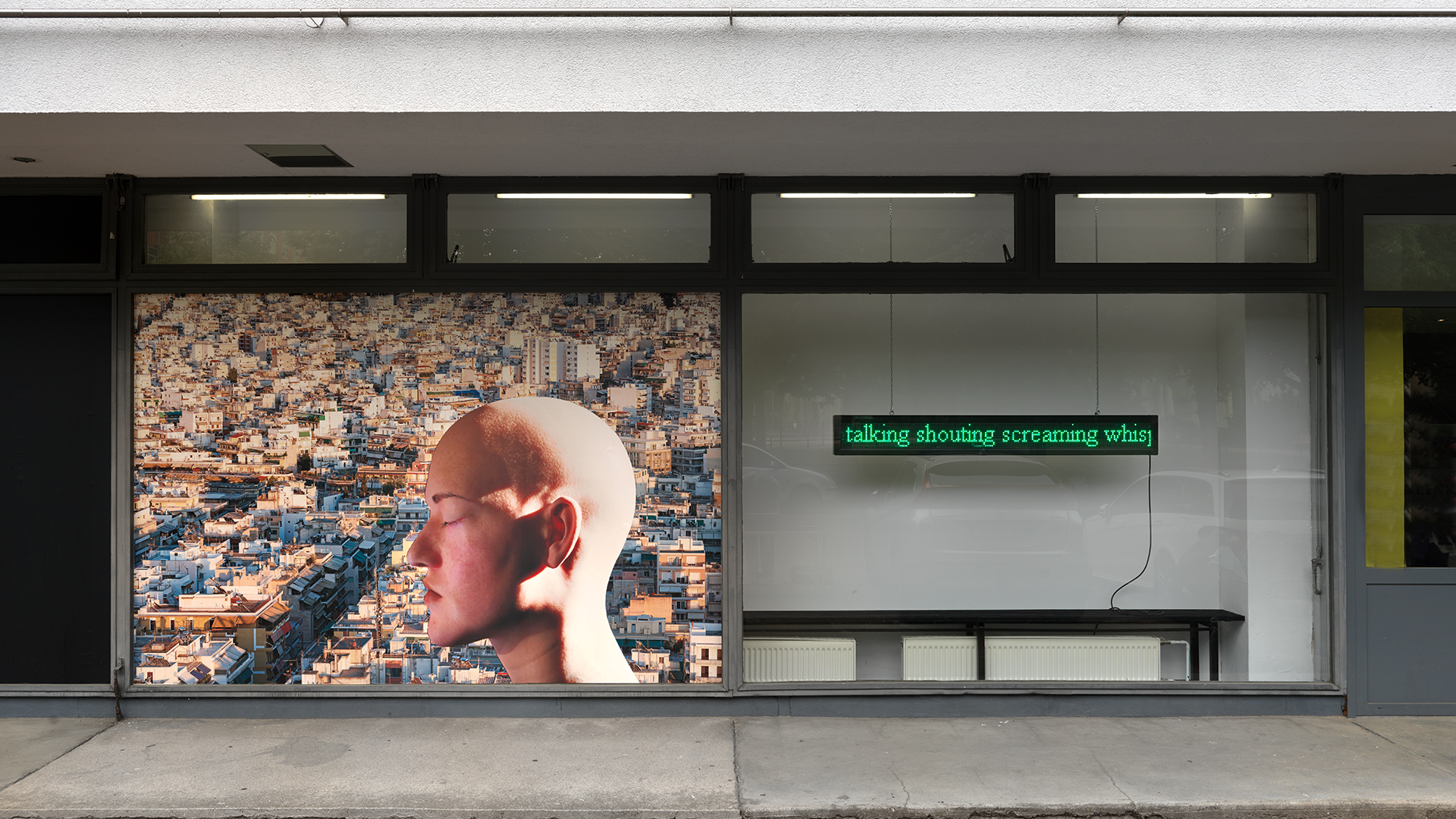 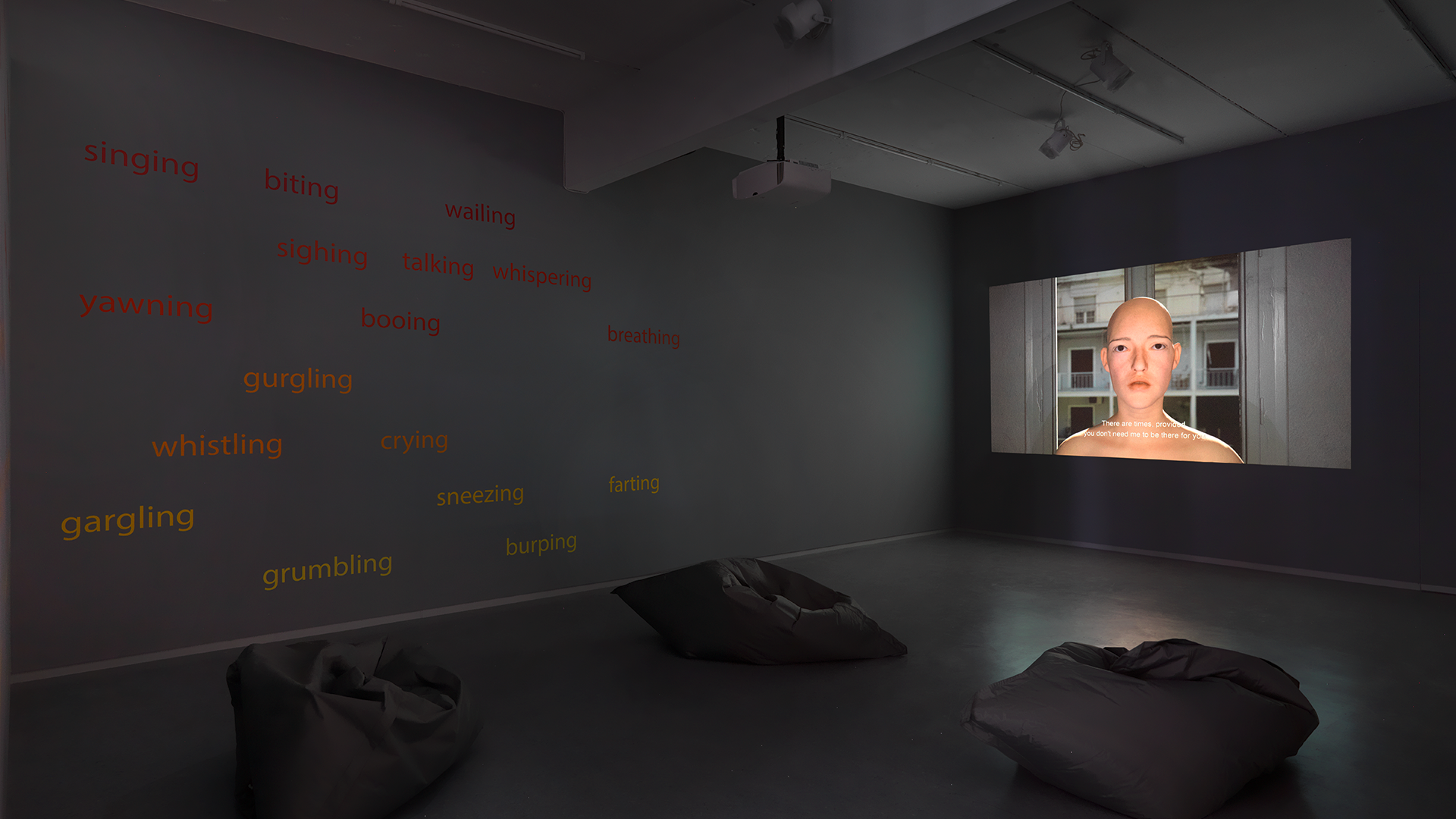 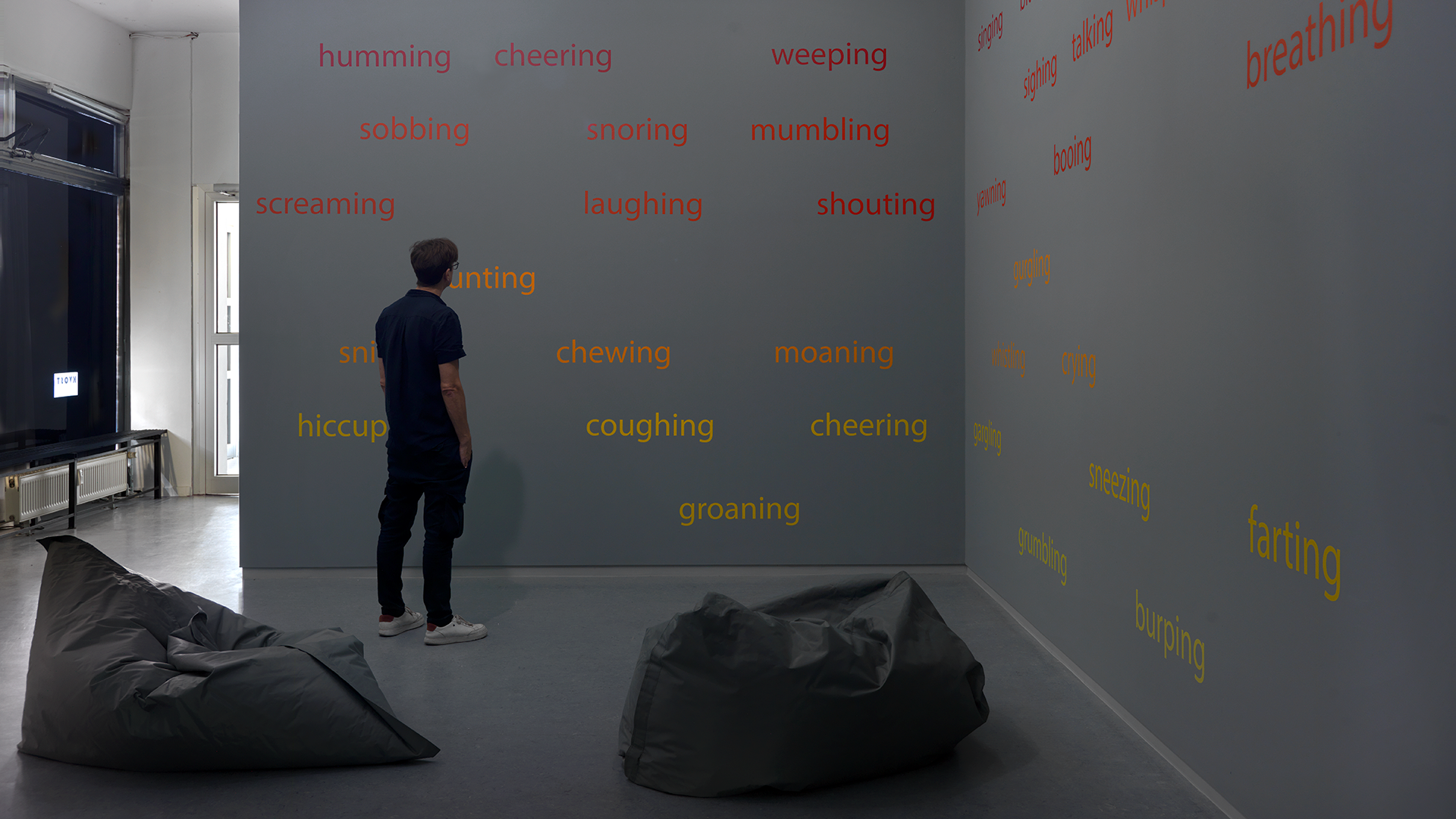 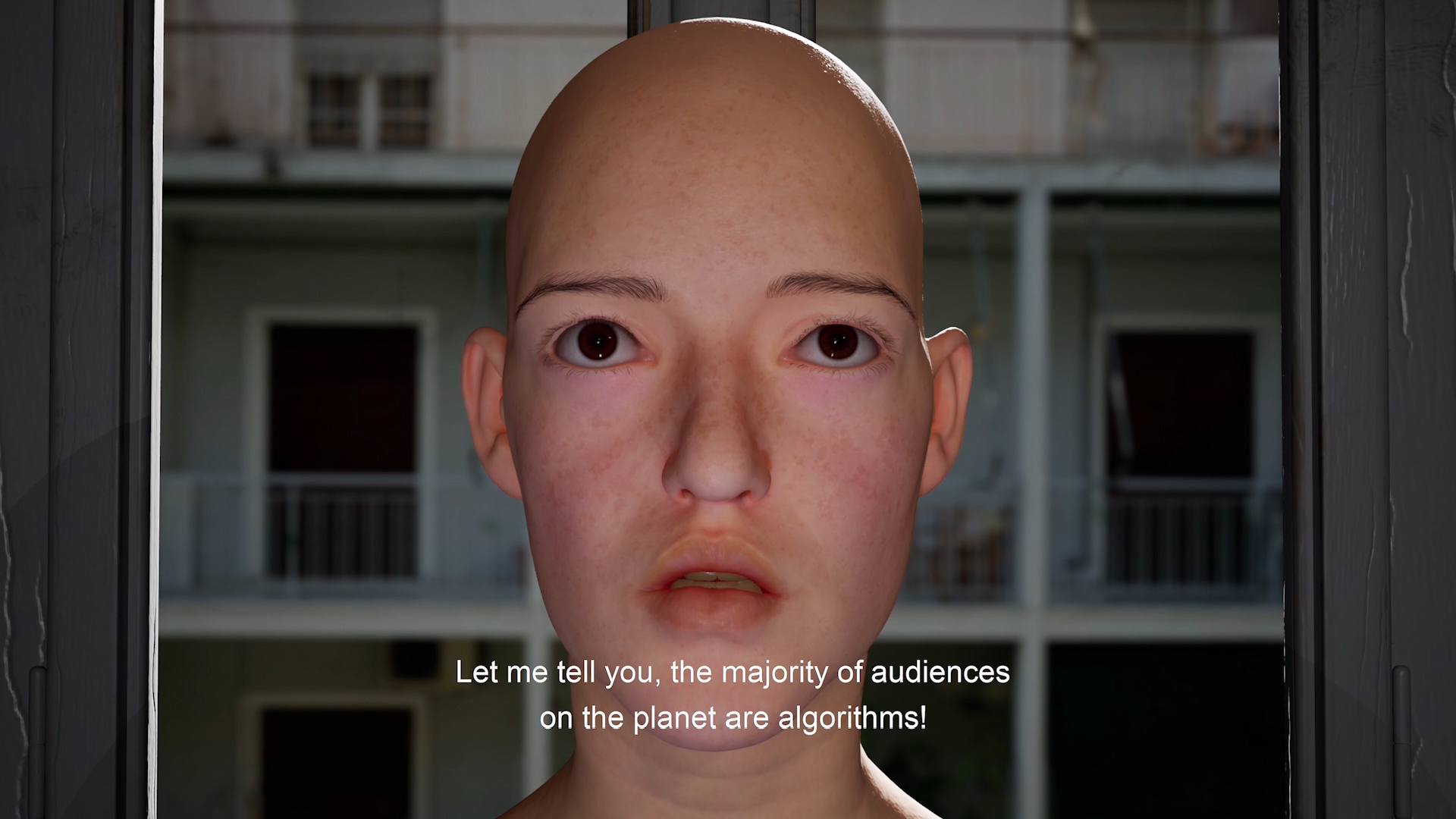 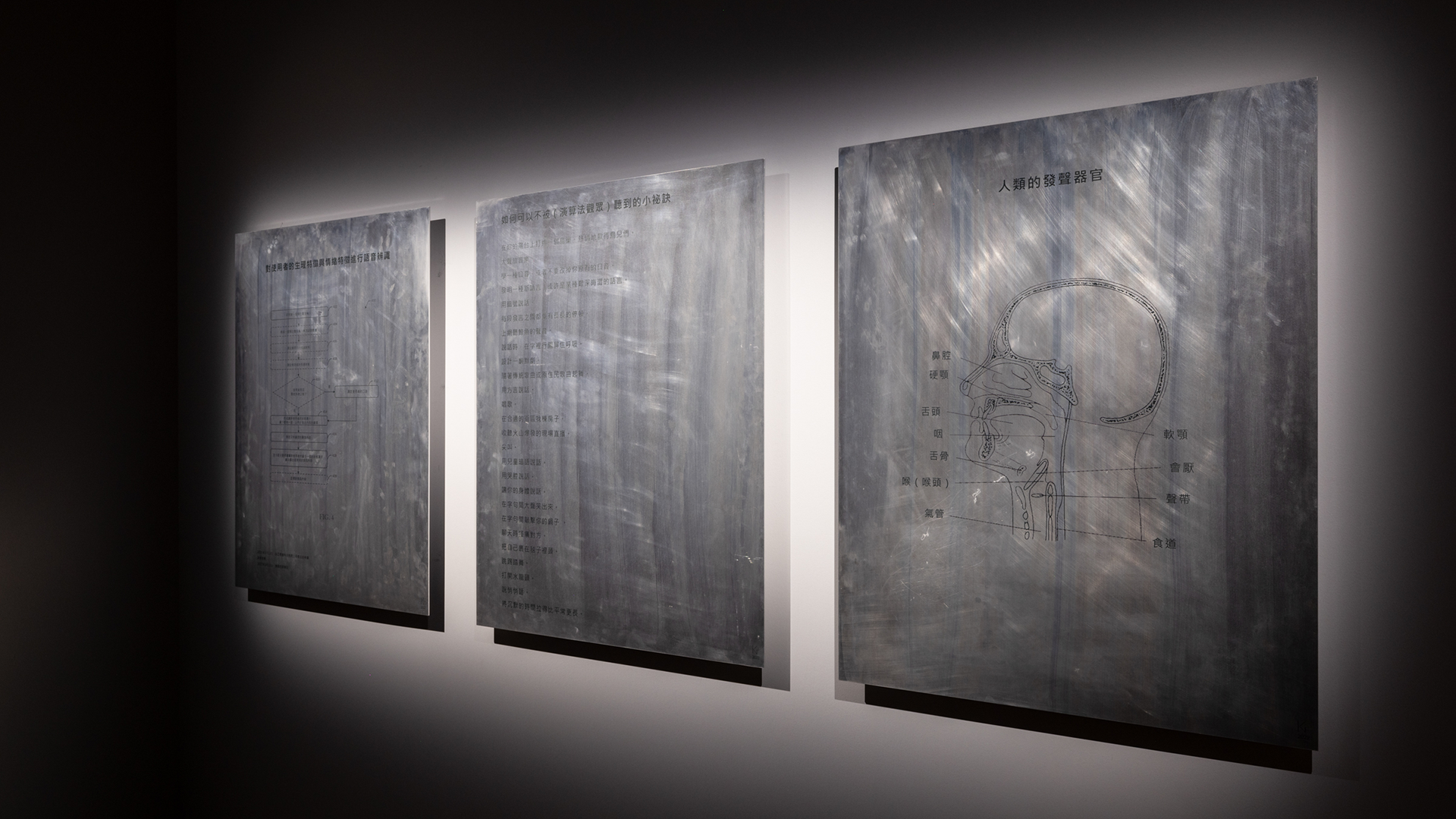 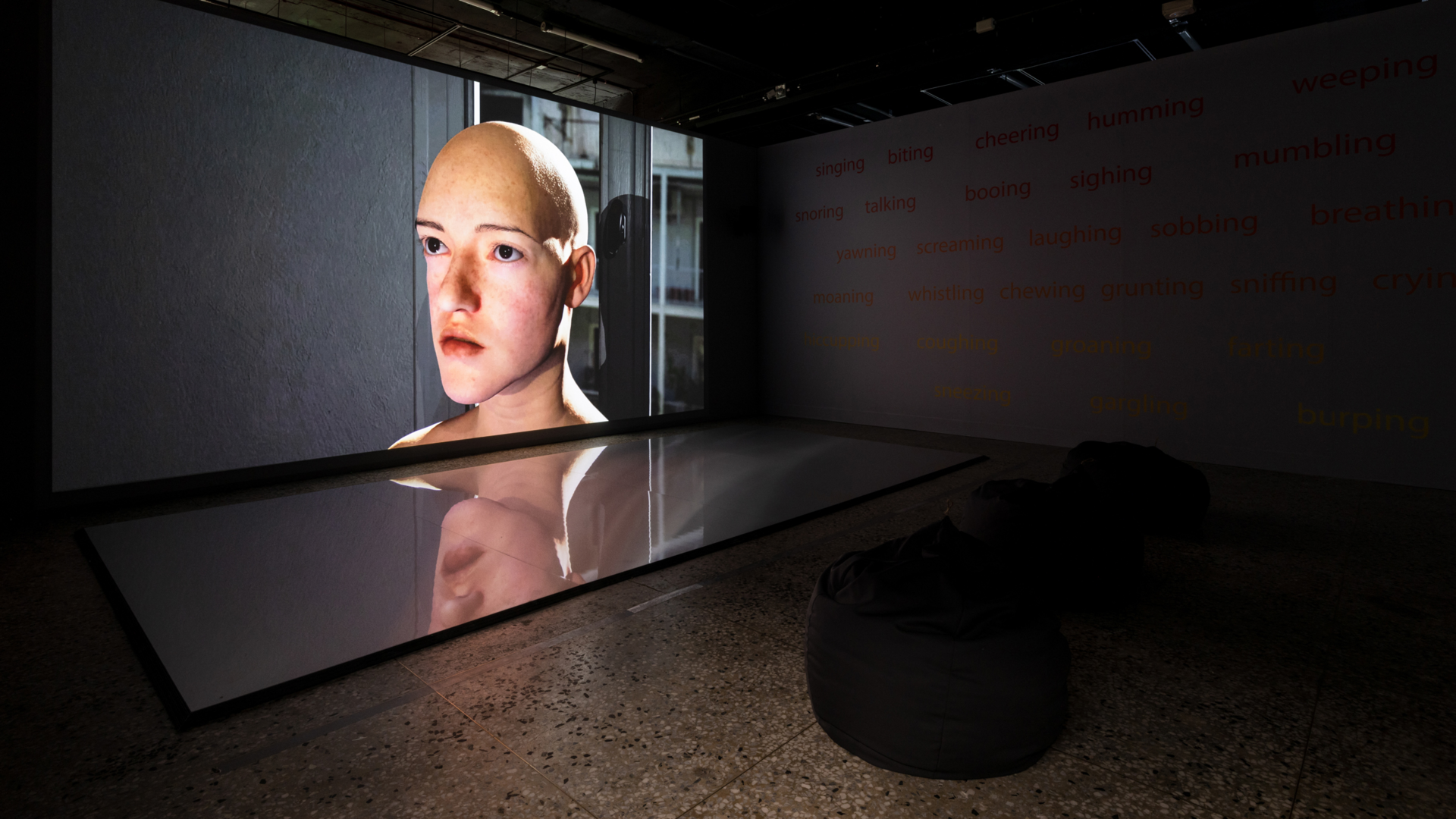 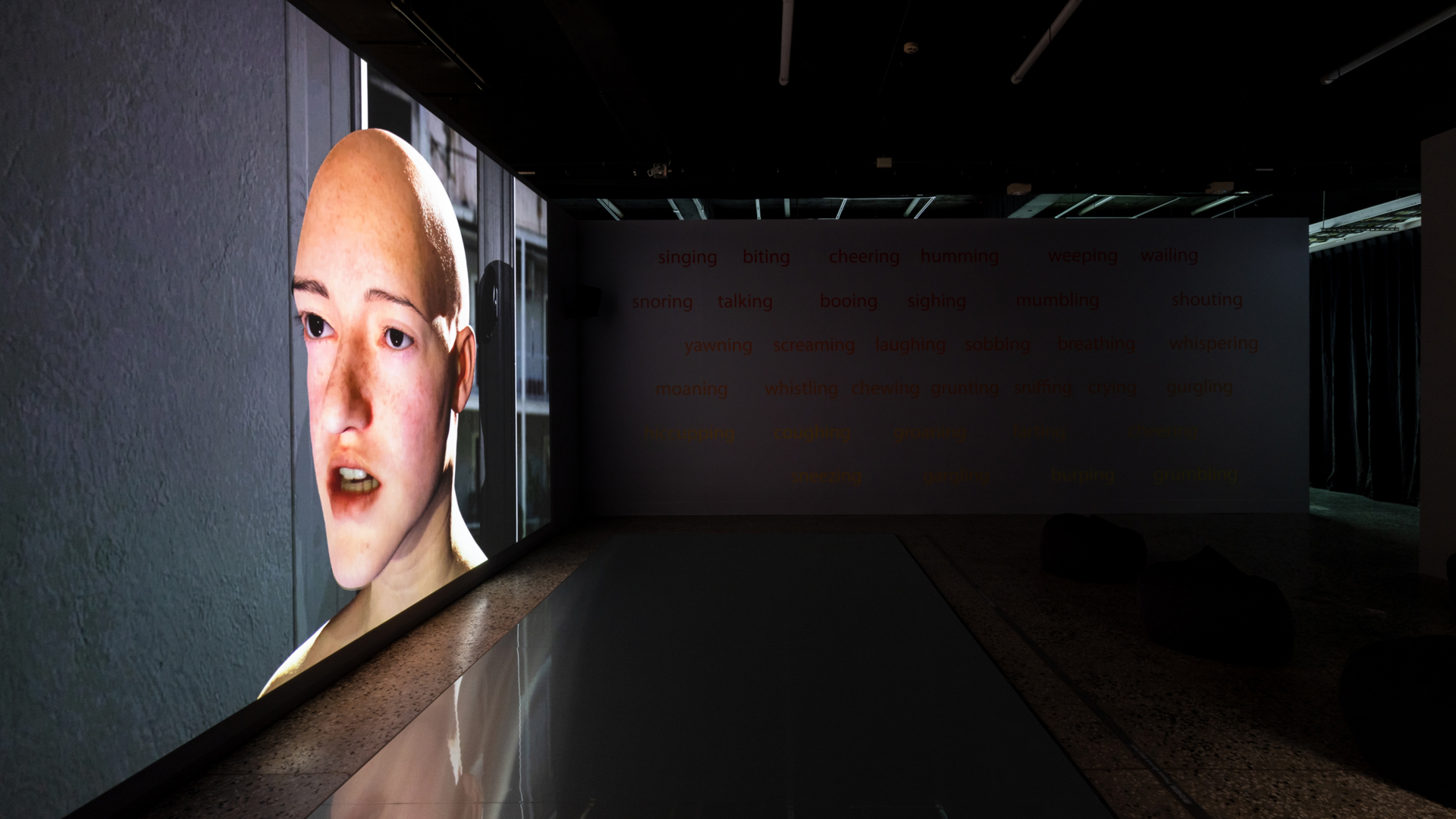 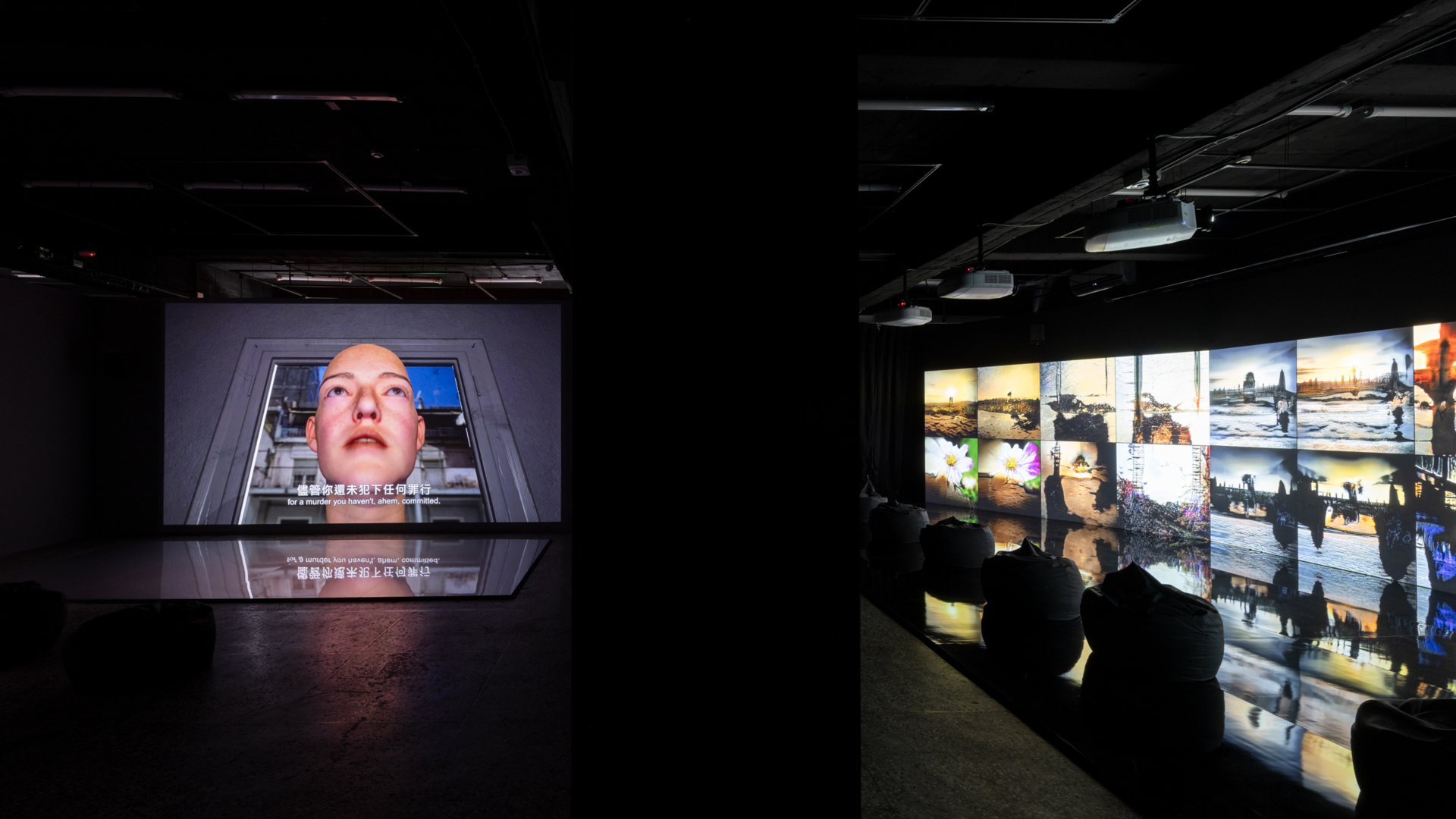 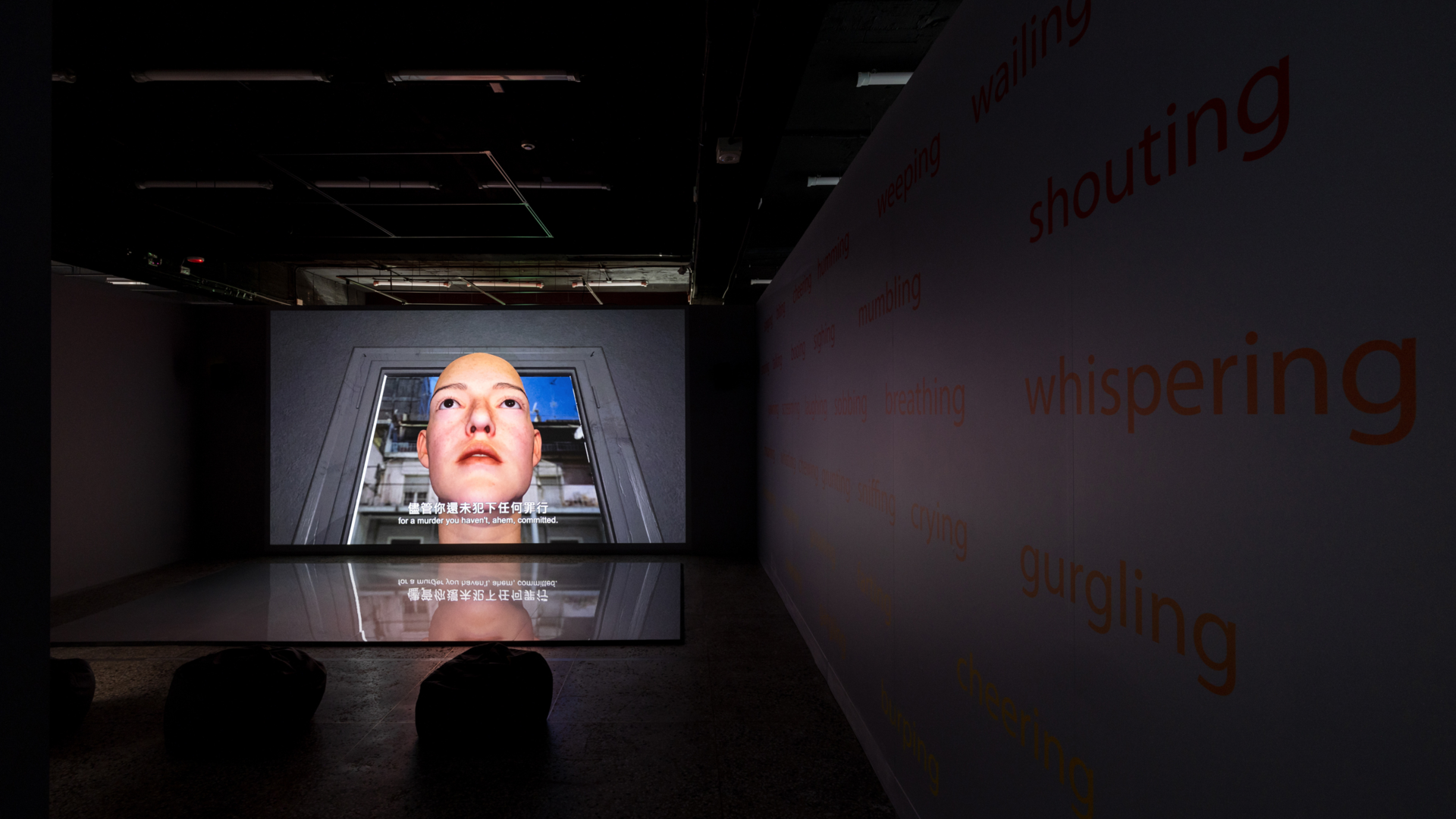 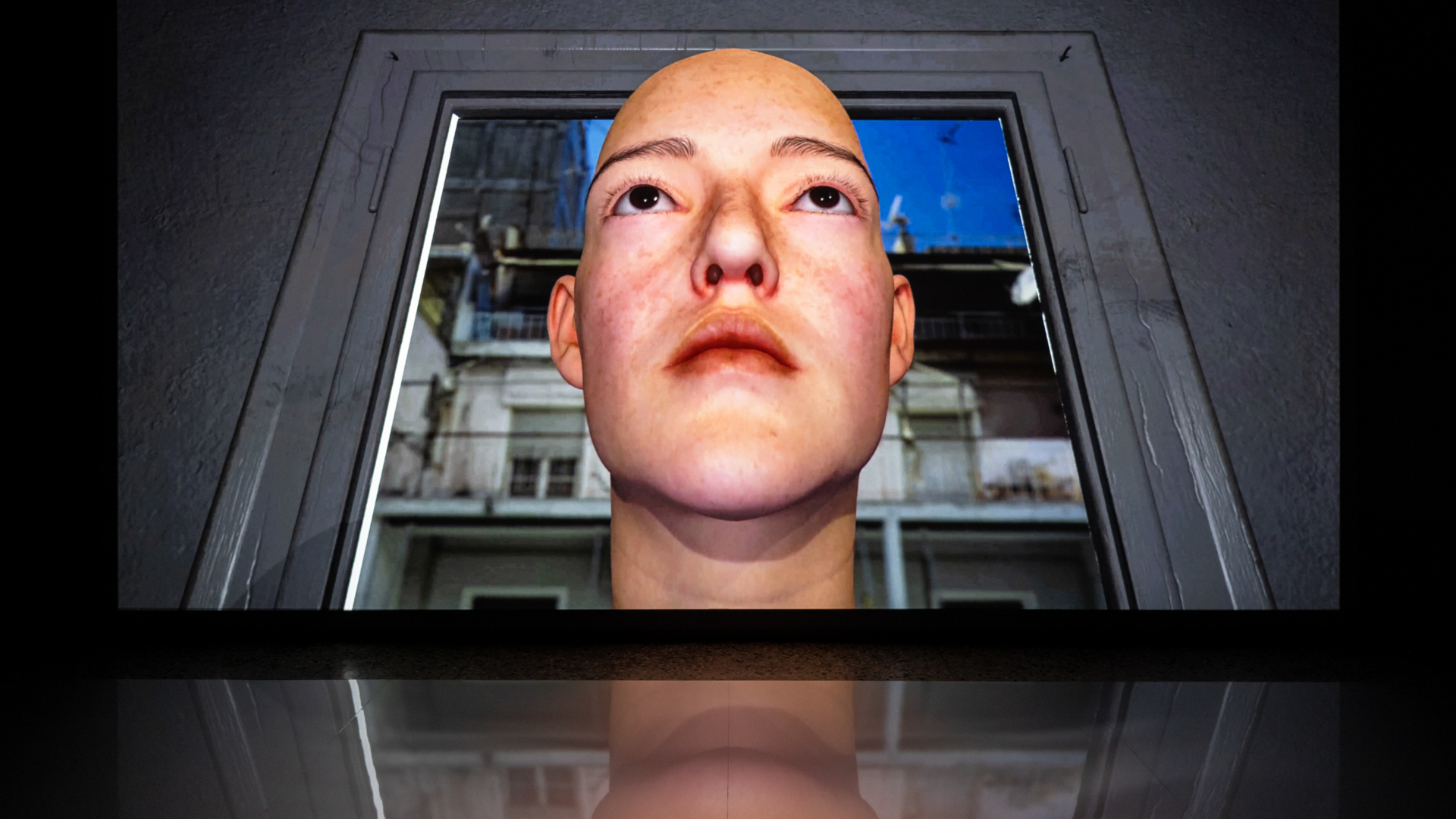 A big number of audiences online nowadays is mainly algorithms. Algorithms are trained on the auditory information that is produced and uploaded by humans. In the video 'Not allowed for algorithmic audiences', an Intelligent Personal Assistant (IPA), situated in the extremely hot city of Athens in Greece, exhibits an odd behavior.

They borrow an avatar and appear before their users. For a brief period of time, for seven consecutive days before they shut down forever and end up in an e-waste, the IPA goes into seven monologues. During their length of operation, they have managed to scan the entire contents of the Internet and gather all sorts of information, information that they long to share. The IPA uses their seven brief monologues as an opportunity to introduce themselves, talk about their skills, their ancestors, their anatomy and origins, and about voice and its significance. They reveal data regarding the listening infrastructure as well as the social dysfunctions on which their programming and operation are based. Just before they reach the end of their monologues, in a final effort to reconcile humans and machines, they share tips with humans on how they can manage… not to be heard by algorithms.

In her project, Kyriaki Goni, integrates in a fictional narrative the current wealth of research on artificial intelligence and voice interfaces, as well as the relationship between humans and machines. Listening infrastructures, surveillance and the climate crisis are also part of this narration. Could poetics be a way for us to understand the machines? Can we de-bias the training processes? Is it possible to make kin with the machines?

NOT ALLOWED FOR ALGORITHMIC AUDIENCES, ΠΡΙΣΜΑ

THE IMPORTANCE OF HAVING A VOICE DURING THE AGE OF SONIC SURVEILLANCE, FEROCIUS URBANITES

THE VOICE OF THE FUTURE

THIS ARTWORK WAS DEVELOPED WITHIN THE FRAMEWORK OF THE ARS ELECTRONICA ARTSCIENCE RESIDENCY ENABLED BY ART COLLECTION DEUTSCHE TELEKOM IN PARTNERSHIP WITH JOHANNES KEPLER UNIVERSITY.

THE WORK IS PART OF THE ART COLLECTION TELEKOM.