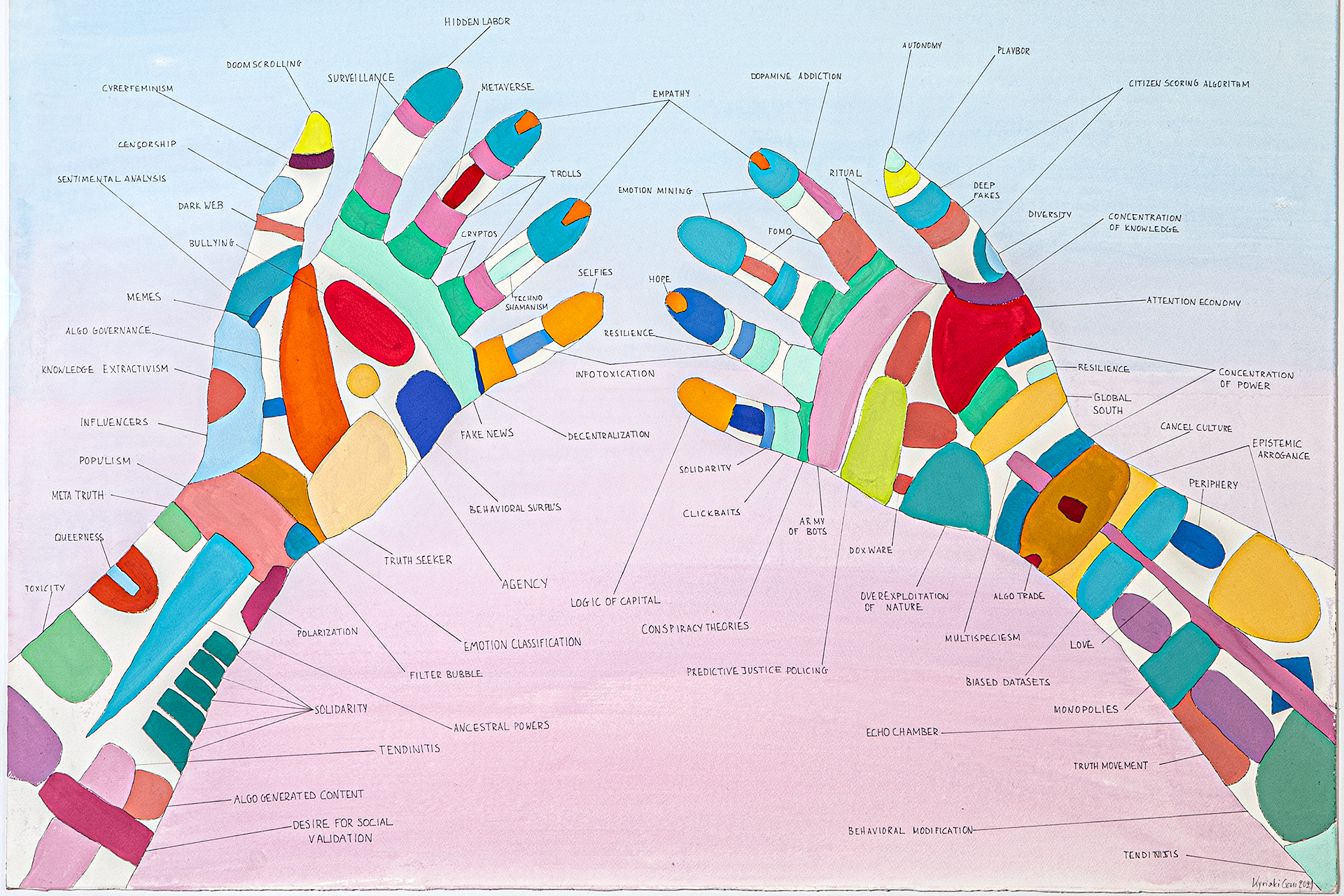 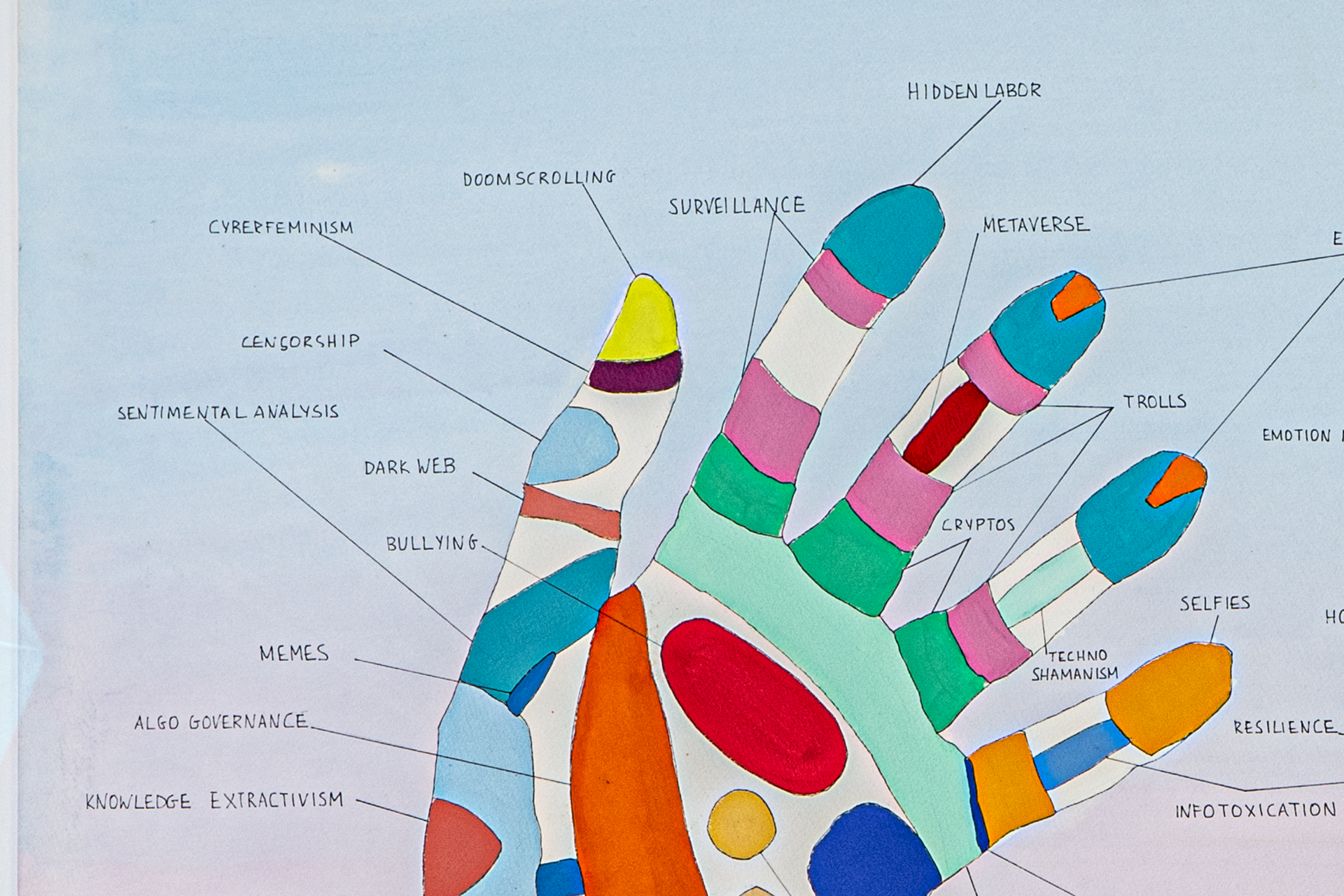 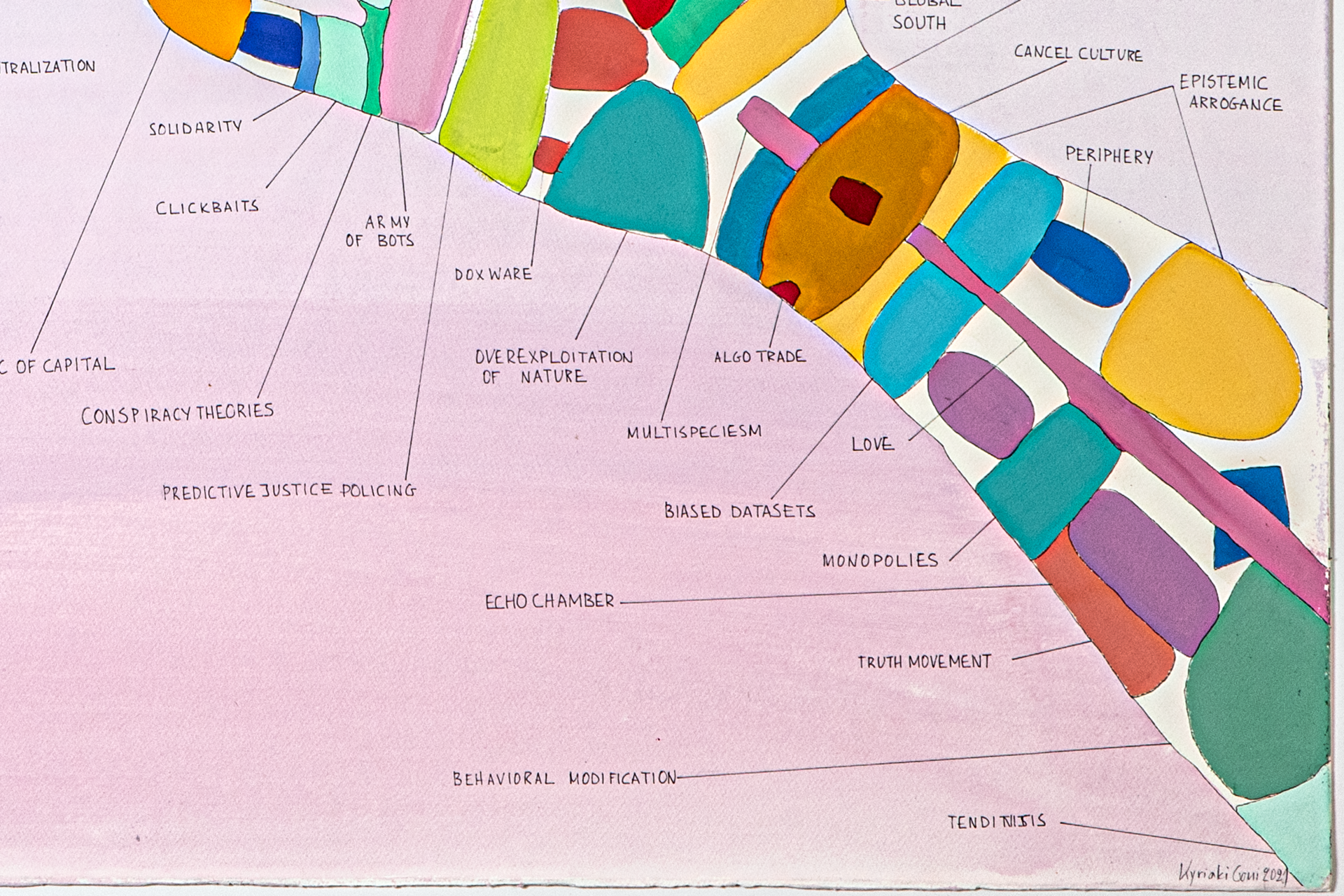 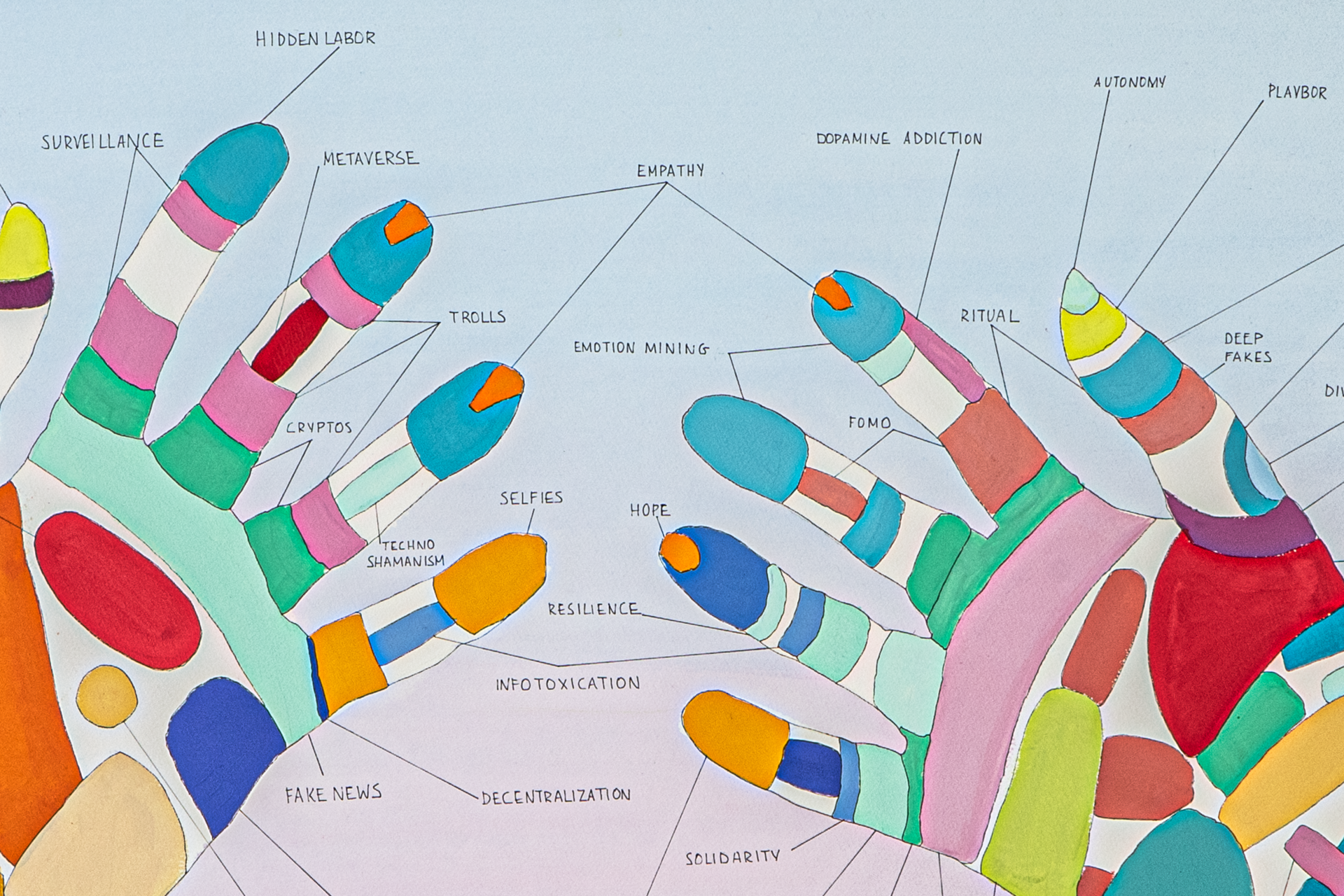 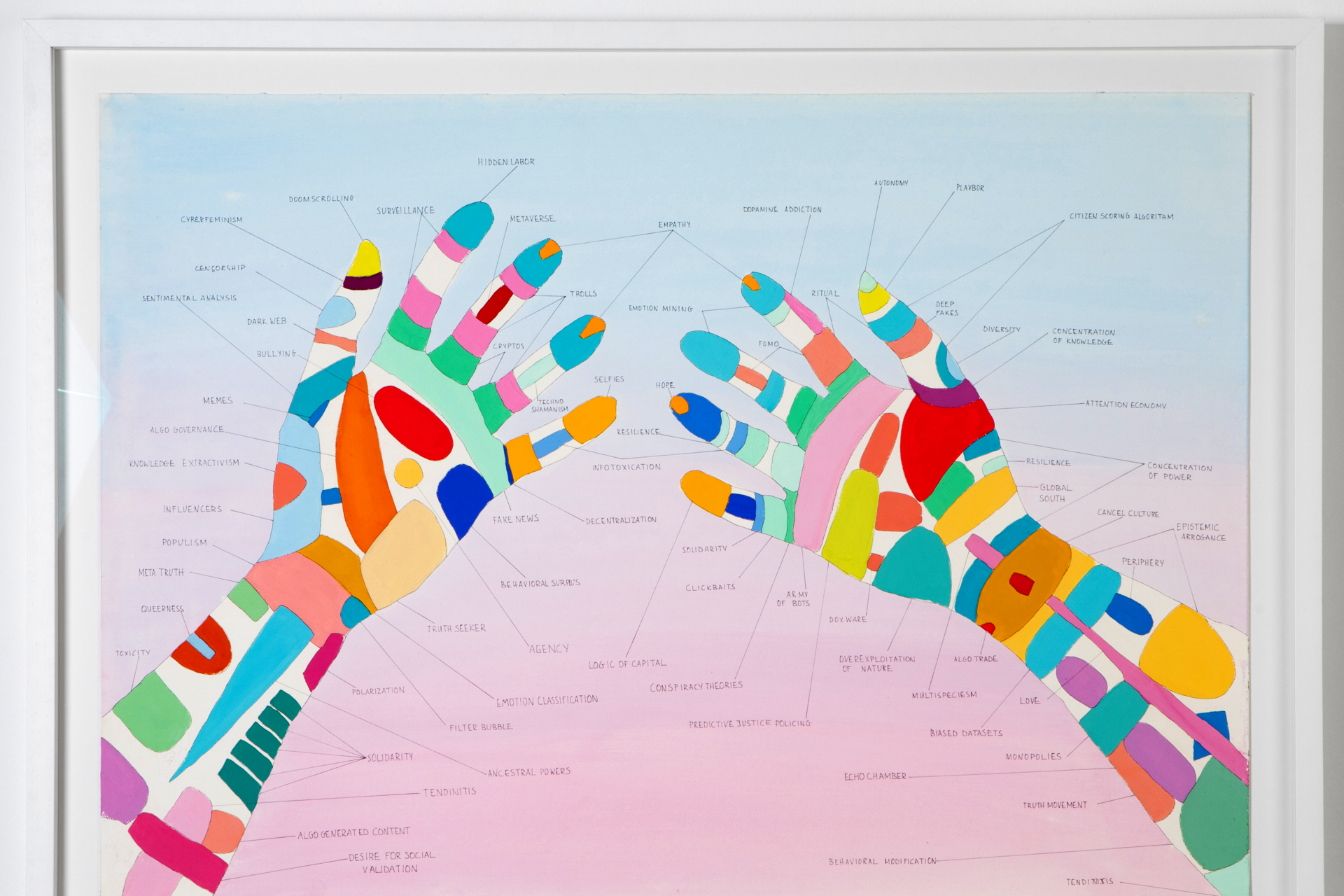 Human hands have been variously depicted in all cultures through the centuries. Familiar representations include the prehistoric rock paintings in the caves of Lascaux and Chauvet, palmistry charts and reflexology textbooks. Often they are even used as canvases themselves for other representations, such as in chromatic interventions of a ceremonial nature.

Here hands are presented from a first-person video game perspective. Divided into chromatic areas with corresponding names, they function as a charting of the current condition – political, social, economic – as it acquires its shape in the digital world while simultaneously extending into the analog. Misinformation, hyper-exploitation of nature, political polarization but also search for an absolute truth are some aspects of this particular condition; aspects that we also encounter, of course through the prism of a different era, in Jean Renoir’s The Rules of the Game. Could one describe this current condition as a game? A huge global game in which we all participate via the devices we use and our social networking platforms? What is the rule of the game in this case? Will it be redefined in this borderline post-pandemic era we live in?

THE WORK WAS COMMISSIONED BY THE 62ND THESSALONIKI INTERNATIONAL FILM FESTIVAL FOR THE GROUP EXHIBITION 'THE RULES OF THE GAME'.